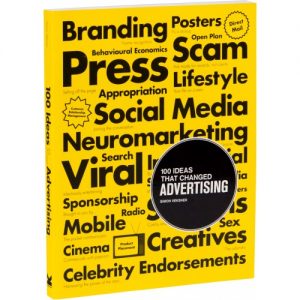 Advertising is always of interest to any PR or communication management practitioner. The discipline allows for immense creativity which has manifested itself in several memorable advertisements over the decades. The creative allure apart, from a PR or communication management perspective, there has always been some overlap with advertising and marketing.

This is little wonder as PR is often referred to as the boundary spanning function, meaning it has to maintain contact, work closely and align its efforts with several other business departments including marketing, people and legal counsel.

PR and advertising campaigns involve similar elements of creativity, graphic design, visual appeal, and a call-to-action, the main difference being that PR aims to build relations and not just make a sale. Both tend to be persuasive in nature, but with different goals. The good relations and goodwill that PR is capable of building can often create a conducive environment for a commercial transaction to take place. But sales are not the main thrust of PR. For more background, please read our post titled “PR, marketing, advertising: Making sense of the confusing mélange”.

This interest is what led us to “100 Ideas That Changed Advertising” by Simon Veksner, Creative Director at DDB Sydney, published in 2015 by Lawrence King, London.

It lists, in chronological sequence, the development of commercials through the ages:

The book makes some poignant observations:

By the author’s own admission, the book is American and British centric, arguing that while advertising exists in other parts of the world, the epicenter is still New York.

We would observe that, while the headquarters of most major advertising companies may be in New York or London, advertising itself has no nationality. Advertising may have achieved world prominence from its American and European strongholds. But surely it cannot be forgotten that advertising is a marketing tool. Marketing is a business discipline with the purpose of selling a product or service for an exchange of value. Such a transaction is the basis of commerce, which has happened everywhere humans have existed. Therefore we may safely surmise that advertising in some shape or form has existed in all societies.

As a general thought (unrelated to this book), to assume that advertising, PR and communication management all originated in the 240-year-old (as of this writing) United States, and were non-existent in 5000-year-old cultures is erroneous and myopic.

Advertising is also becoming increasingly invasive, such as the unwelcome ads placed – repeatedly — in the middle of YouTube videos. Watching Katy Perry’s perfume ad in the middle of a Buddhist discourse can be both jarring and incongruous.

When considering Internet content, one cannot but help wonder how many gigabytes are taken up by advertising versus actual programming.

In most media, viewers have no choice but to sit through commercials. Of course one can skip channels or hit the mute button – but that does little to recapture the time spent (wasted, some would say) on commercials. According to TV Week, a one-hour segment on broadcast television had about 14:30 minutes of commercials, with the figure even higher for cable channels.

The wealthy have the option of paying more for commercial-free premium channels.

All this comes across a bit like a hostage and ransom situation.

Compared to the 1980s and 1990s, at least in North America, the overall quality of advertisements seems to have dropped, to the point of treating audiences like morons who have to be spoonfed the buying decision.

There are still awe-inspiring commercials, but in our humble opinion, the proportion of poor commercials far outweighs the good ones.

This also highlights the process where an ad is so bad that it is memorable enough for the audience to associate the ad with the brand; but leads to the audience actively rejecting purchase of that brand out of disgust and irritation.

The Ohio Ricart car dealership ads from the mid 1990s are still rancid in memory as are the more recent TV commercials for Advertising Standards Canada (ASC) Truth in Advertising, and Dollarsdirect.ca.

The stereotypes of men and women in commercials are also cause for concern. If ads are to be believed, then all men are Neanderthals who constantly barbecue, swim in tankards of beer, eat unhealthy food, watch video games and sports, and have low IQs; while women are obsessed with furniture, perfumes, chocolates, clothes and shoes and constantly act selfishly expecting to (and, in the ads, usually do) get away with devilish acts wearing the most angelic smiles.

Advertisers may argue this is just creative license. But this could also be viewed under the microscope of agenda-setting theory at which point such depictions may have the power to influence how people expect they should behave, and soon such behaviour becomes the accepted cultural norms.

In fact, today companies like McDonald’s, Unliver and Volkswagen are reportedly using neuromarketing – originally developed for medical purposes – to scan consumers’ brains to see what they are feeling and thinking when viewing ads. Marketers use this information to refine advertising messages to best affect consumers to behave in their desired way. This veers into the dangerous territory of manipulation.

One cannot help wonder whether the right use (from a human viewpoint) for such brain imaging technology is to enable advertising – with its object of selling.

A harder examination – an uncomfortable one for such a cash cow – is whether the goal of advertising itself is beneficial for humanity, and whether this has changed for the better or the worse with time. Does advertising have volition of its own, independent of manufacturers of products, services and positions? Advertising can be creative and strategic, but can it do so outside the confines of sales targets and marketing dictates?

Can it be truly ethical — in its choice of clients, companies and products it represents; in walking the fine line between entertainment and distortion of product features and benefits?

Merely some thoughts and questions that effervesced after reading this very interesting and visually well-laid out book.